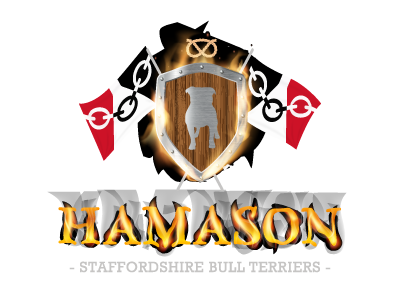 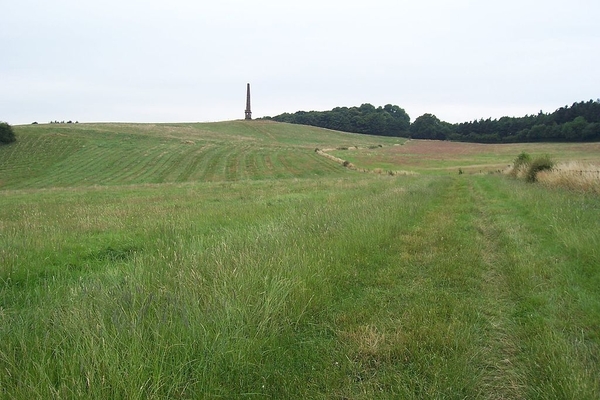 Linking The Past To The Present - Part 3

During 1970/1971, Harry began to attend various dog shows as an observer, thinking this dog-showing may be something he would like to try. From his upbringing and experience of Staffords, he already knew that, though Patch was loved, she was not of show quality, so his search for a suitable pup began.
He and Maureen went to visit several breeders and looked at quite a few litters but decided, from his knowledge of the breed, that none of the puppies he saw were of the quality and breeding that he wanted for his first foray into the show ring. Newcomers to the breed should take note here - by all means have a Stafford, love a Stafford, even show a Stafford if that's what you want to do - but to own a truly show-worthy specimen and a potential founder of a breeding line, you need to do your research thoroughly and don't necessarily buy the first puppy you see and expect to be the owner of a Champion in a couple of year's time - anyone who has been in this "game" for more than 5 minutes will tell you, it doesn't work that way!!!
During 1971, Harry had seen a dog on the show circuit he admired greatly - CH Rockmere Rip-It-Up, a stunning red dog owned by Jim McKellar. Harry began to make enquiries to see if there were any puppies out of this dog that may be available. Through his searching, early in 1972 he contacted a lady he had got to know a little around the show ring, a lady who many people will still know today - Joyce Shorrock of the famous Eaststaff Kennel. Joyce explained to Harry that she did not have any puppies due but a gentleman who lived in the Midlands had mated his Champion bitch to Ch. Rockmere Rip-It-Up and suggested Harry made contact with him.
Now, this is where the links to the past are starting to be forged, for that gentleman in the Midlands was none other than Gerald Dudley - one of Joe Dunn's "pioneers of the Staffordshire Bull Terrier Club".
Harry contacted Gerald, and his wife, Gwen, to make enquiries about the litter and Gerald confirmed he did have puppies out of his CHAMPION bitch, Sanville Red Rhapsody and Jim McKellar's dog, Ch. Rockmere Rip-It-Up. Gerald said he had one red puppy bitch remaining and Harry was quite welcome to visit and have a look, after Mr McKellar had been and had his pick of the litter, as owner of the stud dog.
Harry and Maureen decided to take up Gerald's offer and duly went to visit the famous Wychbury Kennel in Pedmore, near Stourbridge. Incidentally, the name of this Kennel was taken from Wychbury Hill, one of the Clent Hills, situated between the parish's of Hagley and Pedmore. It is the site of the Wychbury Ring, an Iron Age hill fort, and the Wychbury Obelisk.